I started transferring my website from one overpriced, gouging hack to what I hoped was a better site on Dec 11th. On Jan 3rd I finally got the new site to stop screwing me around and moved to a third site recommended by a close friend.  Fingers crossed.

Right now one site has been moved, but it’s set up to email me at my author’s mailbox. Which isn’t working because the 1st host no longer has the website, and I can’t get the 3rd site to change the email address they use without clicking on the verification email which is not working because….   round and round we go.

Good news!  I just got another review for A Test of Loyalty and Alone in the Night, my 2 NA gritty urban books.  At least, I think it’s a good review.

“I hate you, I hate you! I was up most of the night!
I could not stop reading your books… LOVE them! Love your books;”A Test of Loyalty” and “Alone at Night”. Read them real fast just couldn’t get enough… extremely well written! Seriously I’m happy I had both books … I would have been really dead not to be able to read the second one right away.”

So, next time on my struggles with tech… maybe I’ll have email because right now it’s really annoying not to. I had a book signing last weekend and another next weekend with NO WEBSITE!!

I have officially given up on Nano for the first time in years. I had a good streak, 4 straight years, but this year it was not working. It was closer to pulling teeth from a live, awake and pissed off bobcat, than writing.

It didn’t help that we had a long, warm Fall which encouraged mold growth up the wazoo. Usually we have had several days of hard freeze by now, which kills off the mold. Mold of pretty much any kind, but especially cellulose mold, gives me migraines. Bold, visual, pounding, nauseating migraines. Guess what the moldy leaves and grass are made of?

Staring at a computer screen trying to force out a set number of words didn’t help either.

Neither did the pressure of a deadline, trying to get 2 books up on every imaginable platform, a sinus infection thing that may be mold related since I’ve had it for a month (same length of time as the migraine, more or less)

Now, I can hear a few fellow migrainers questioning the month long migraine and my still being able to function at all. And in most cases, you would be right. But I’ve been living on antihistamines, migraine meds, tylenol, etc. And I’ve had them for 42 years. (OMG does that make me sound old!) I started them the year before puberty hit. (That’s a bit better)

And since I have always been allergic to mold and cigarette smoke, although undiagnosed until 2003, I am accustomed to being able to function. Not brilliantly, witness my 500 word days on Nano, but enough to eat, dress, wash dishes, go to my Dr for more meds…

I end up with a “migrainey”. Flashy lights, but no real hallucinations, some light sensitivity, but not crippling. (except making coffee before 9am because the sun bounces off our neighbour’s barn’s tin roof right into my kitchen by the… you guessed, coffeepot.)

Other things are difficulty focusing; both eyes and attention, slight nausea so I munch salty things constantly, short temper and other migrainey things, just in smaller amounts.

But don’t worry about A Ring of Earth. I will still write it, just without that kind of pressure. I have someone who wants the complete, perfect manuscript next fall. So… deadline, but reasonable. Hopefully, it will be the first in a series of five books. I’m hoping to pitch it to an agent and/or publisher next year.

To celebrate my freedom to be migrainey, I will be posting a free coupon code in a few days for last year’s Nano winner, Alone in the Night. It’s a gritty, realistic look at teens from diverse ethnic and socioeconomic backgrounds fighting to survive in the worst neighbourhood in Ottawa. There are elements of sexual/ physical abuse, drugs, homelessness, and street gangs. Recommended for 14+ years

If you have not read the first in the series, A Test of Loyalty, comment and I can send you a coupon for that, too.  My goal is to get 25+ reviews up on Amazon so they’ll put me on the “People who looked at this book, also looked at this one” list.

So, see you in a few days with the codes! 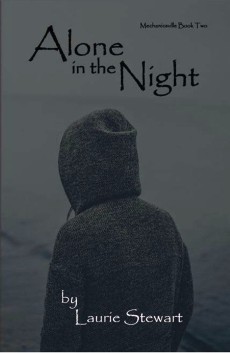 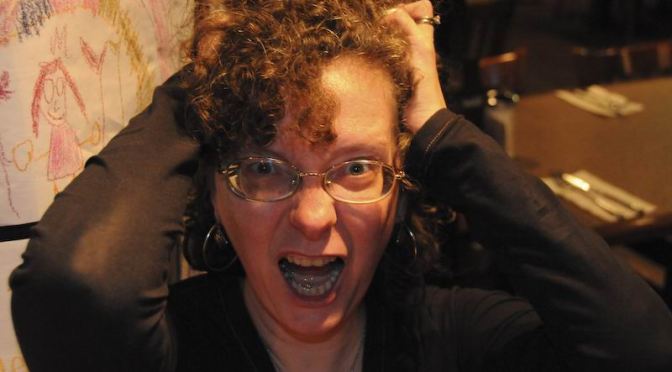 So I am flying to Winnipeg tonight at 8, arriving about midnight. So I can spend the whole day freaking out about forgetting stuff. It’s my M-i-L’s 80th birthday, and we are having a 5 day celebration! Four if you don’t count the rack of lamb for last night’s dinner.

This is going to be a break from writing, and a chance to catch up on two books I promised to review. So I’m taking my tablet, but not the laptop. Tablet is great for reading on, lousy for writing.

I need the break, I’ve been writing so much I’m starting to confuse conversations in the book for conversations with my hubby. I also had my author’s photos done!

So, I’ll be offline for a few days. Try not to bring on the apocalypse while I’m gone.

Tomorrow morning bright and early, we leave on a ten hour drive to my Mom’s to help with her wedding.  It’s both stressful (Mom reports turning into a 16 yo bridezilla) and incredibly cute.

So, I spent all day yesterday packing for a 2 week trip, and was supposed to spend today getting the house ready to be empty.  Like emptying the fridge of rottables.

Instead of sleeping last night, I was up all night with severe pain in my non-existent gall bladder. I had my gall bladder removed almost 2 years ago, and I’m still having attacks?  Worse than when I had it?!  The very definition of unfair.

I am so tired and sore today it’s not funny.  But I’ve still got so much to do.  Like refreezing the freezer packs. And bringing down the box of stuff for Mom.

I’m betting that the love of my life didn’t get much sleep either because there was no position that lessened the pain. But I still shifted around looking for it. Constantly.

I was also supposed to write a review of an ARC I received. I wanted it done before we headed down east, but my brain is poutine today. Messy, squishy, some parts hot, some cold… you get the idea.

Maybe I can write the review on my tablet in the car tomorrow, and upload when we get to my Mom’s?

Or “Things I torture my friends with for 1000, Alex”.
As of Jan 1st, I’m a reviewer for Apt613.com.  It’s an online literary review magazine. I requested local indie authors, and have already received my first book.
Human, by S.M. Carrière. I’m really looking forward to it, I met her at Can-Con last year and she seemed pretty awesome. She did a panel on historical fantasy that I got a lot out of. And she did it all in vampire teeth!
I had started reading an earlier book of hers, now I’m not sure whether I should start the new one or finish the first one. Probably do the review first, I’m only a chapter and a bit in, though I was blown away from the first paragraph.
Soon I hope to receive my second book; a “how-to” for writers on overcoming writer’s block. ( Caroline Frechette) While my problem is usually too many stories, not too few, this would still have helped during my 2 year blank page nightmare.
They both also fill one of my goals for 2016, to read one “how-to” book on writing or self-publishing per month, and to read 24 fiction books this year.
Or is that 2 goals?

I am also still struggling with my epic fantasy; I may have to separate out 2 story lines for separate books. And deal with the big reveal being revealed 3X. Although it would work fabulously in any of those spots. So… push it as late as possible? Try for a reveal of something every plot point?
The secondary characters’ big reveals are also revealed twice each. I guess I love my reveals. And have short term memory problems. Also my memory sucks.
I need to struggle my way through this first read-through, making notes of what’s out of place, what needs fixing, etc. And get it all into same font, same size, same paragraph style… why did it do this?
Then I can make a plan and a process for finishing draft 2… maybe a list… I love my lists. My dear hubby says he married me for my lists….
Where was I?
Oh, yeah. I thought editing was easier….

Or “editing your own work months later.”

In October, I decided that if I was ever going to finish my magnum opus, my epic fantasy novel of *mumble* years work, I would have to finish the first draft. Just do it. Barf it up onto the keyboard, edit later.

So I did my own Nanowrimo.. nanoctwrimo?

I finished the last 40k in October, finishing on the 27th, so I could rest my noodle before starting the real nano. I have started looking at it for the first time since.

So… Last week I transferred it all back from a word doc to Scrivener, and separated it all into scenes, and read through it.

Some pure gold, some pure… not gold….

Um, what?  Why is this secondary character in more scenes than the MC?  I have 3 big reveals in the book, I did all of them at least twice. You wouldn’t think it wold be such a surprise the third time.

I have a character leaving the city, then doing a bunch of stuff IN the city. is she twins?  Wait… that’s a good, no! No no no!

And one sentence where I changed tense FOUR times!  Wait, what? Is that English?  I have no idea what I was trying to say, so I deleted it. Watch it become an absolutely necessary plot point.

Editing is easier than the blank page, I told myself.  Liar.

In Other news… I am a book reviewer.  Cringe in fear my writerly friends!

More on that Thursday.

I’ve been reading an amazing (and depressing) blog on publishing and money.

She goes into the history of publishing, with a good, understandable reference to world economics. Then explains why it’s so hard to make a living now; and why we beg, cry and plead for reviews.

I’m going to finish getting my receipts in order, then go cry about how much bigger my expense sheet is than my income sheet.

Then I’m going to get writing!  Because I am what I am, a writer.

And, if you want to help a writer out, you can buy my book here, or here, or here…. or contact me for a free reader’s copy. But you have to promise to review it!

Previously on … my blog…

Subjects I think about

I am an Ethical Author